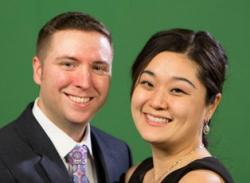 James Hill ran a community center/video game business and quickly found that it was tough to make a living in that arena. Hill’s father was asking him what he was going to do. “I told him I would probably have to get another job, probably in sales because I know I can make six figures in sales and I would sell anything but used cars or insurance,” Hill said. Turns out insurance wasn’t as bad as Hill used to think it was. Hill joined NAA and didn’t even realize that mortgage protection was a type of insurance initially. “Never tell God you aren’t willing to do something,” Hill said, "He might just test you on that." After submitting a resume on www.CareerBuilder.com, Hill got a call and started the process of getting his insurance license to work with NAA. Hill wrote $7,500 in annual premium his first week and hasn’t stopped since. “I love seeing our personal development and growth while we are unlimited in our earning potential,” said Hill, who lives with his wife Jane in Annapolis, MD. “We love being able to make great money while building our business.”

Our mission is to provide the best financial products with the kind of in-home, professional service that is second to none. Our operating credo is: "Your clients don't care how much you know until they know how much you care." We take a personal interest in each and every one of our clients. We believe that knowing our clients' wants and needs is the foundation to recommending the best financial strategies that will provide exactly what each client wants.